Our CSI initiatives are conducted primarily by our . Their promotional activities raise the profiles of funding campaigns and recipient charities, and the funds raised enable the beneficiaries to .

Our Leading brands also all support Varsity Sports and the FNB Varsity Cup across a range of sporting disciplines, including football (Debonairs Pizza), rugby (Steers), athletics and netball (Wimpy), and hockey (Mugg & Bean). These sponsorships provide funding to eligible student athletes after they leave school and before turning professional, promoting the development of future sporting stars in SA. 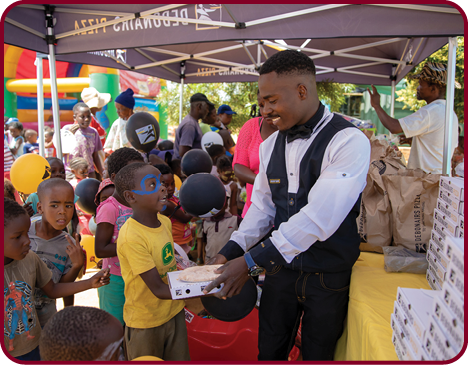 Debonairs Pizza’s Doughnation initiative encourages restaurants to use the excess dough from pizza bases to make pizza flat breads which are donated to charities across SA. Through this programme, our franchise partners play a significant role in supporting needy communities and reducing food wastage in the business.

With the support of our generous customers, Steers is the second largest restaurant contributor to the Rounda foundation, a public-private initiative which raises and distributes funds to organisations including Shout and Let’s Play Physical Education, which promote children’s education in SA. To date the funds raised by Steers have contributed to the building of four libraries in underprivileged communities in Gauteng, the Eastern Cape and Mpumalanga. In the year under review, Steers raised R1.6 million, made possible by customers who chose to donate R1.00 for each meal bought in store. The funds will be donated to building another library in 2020/1. 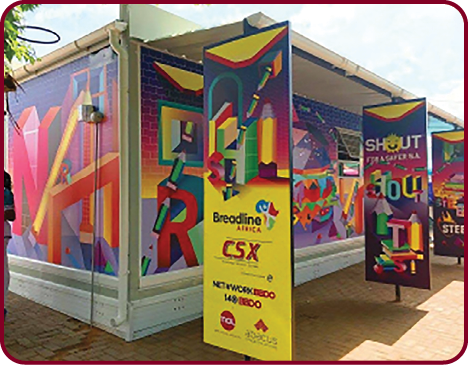 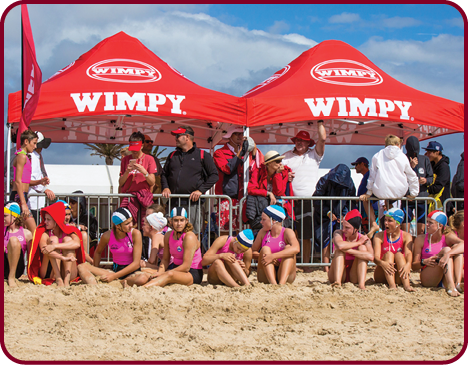 Wimpy partnered with Reach For A Dream for the sixth consecutive year, to raise funds and awareness for children suffering with life-threatening illnesses, contributing to projects to help make their dreams come true. With the generous support of customers, Wimpy raised R1.28 million through the sale of Reach For A Dream wristbands sold in Wimpy restaurants nationwide. As part of the campaign, on Slipper Day on 10 May 2019, Wimpy gave each customer wearing the wristband a free Famous Wimpy Coffee. 49 000 free coffees were redeemed by customers on that day.

In a first for the brand and the franchise industry, Wimpy partnered with Lifesaving SA (LSA), a non-profit organisation dedicated to preventing loss of life through drowning. LSA’s vital lifesaving work is carried out by approximately 5 000 voluntary lifeguards over weekends and public holidays across SA’s beaches, public pools and dams. Given Wimpy’s brand positioning, which is synonymous with holiday moments, the sponsorship is well aligned. Sponsorship activities included:

Mugg & Bean is the main sponsor of the Cupcakes for Kids with Cancer campaign, in support of the Cupcakes for Hope Foundation. The 2019 fundraising initiative raised R1.2 million, primarily in September, which is Childhood Cancer Month. In the year ahead, in order to drive more donations, the brand will promote awareness of the campaign throughout the year as opposed to just campaign months.

Mugg & Bean also piloted a partnership, Safe Cycle Rides, with Cycle Lab Active, to sponsor and organise 46 weekend training rides in the Western Cape (Constantia), Gauteng (Broadacres) and KwaZulu-Natal (Hillcrest). The rides were sponsored by four franchisees each, enabling cycling communities around those restaurants to safely and comfortably enjoy their weekend ride, while the franchisees benefited from the sale of pre- and post-ride meals and beverages. Given the success of the trial, the initiative will be expanded in the next financial year. 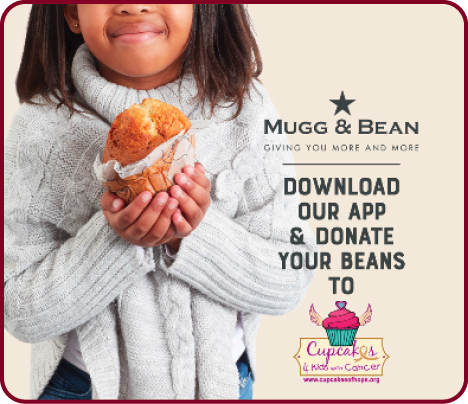 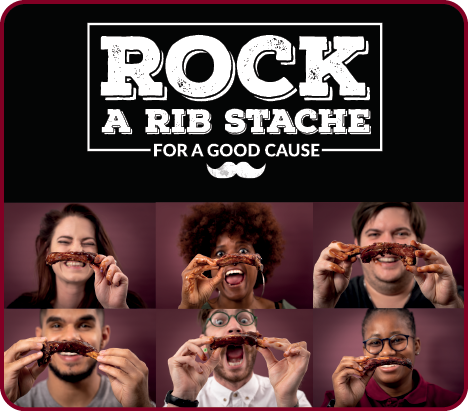 Turn ‘n Tender ran a campaign to raise funds for the Movember SA foundation, a subsidiary of the global charity which raises awareness of men’s health issues, including prostate and testicular cancer, mental health and suicide prevention. Playing on the iconic moustache, which symbolises the movement, Turn ’n Tender donated R5.00 for every rib “stache” meal purchased.

To elevate the brand’s coffee credentials, Fego Caffé launched a national barista competition across all its restaurants in all regions nationwide. Judia Moyo from Fego Caffé Nicolway was awarded first prize and will represent the brand at the national competition held by the Speciality Coffee Association of Southern Africa in August 2020. 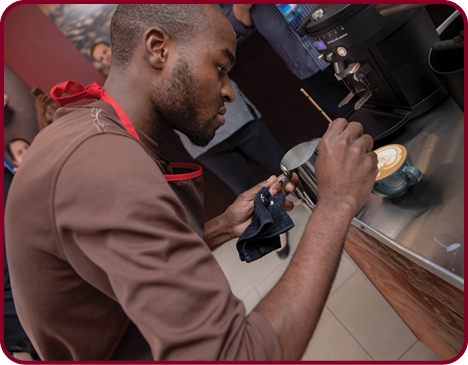