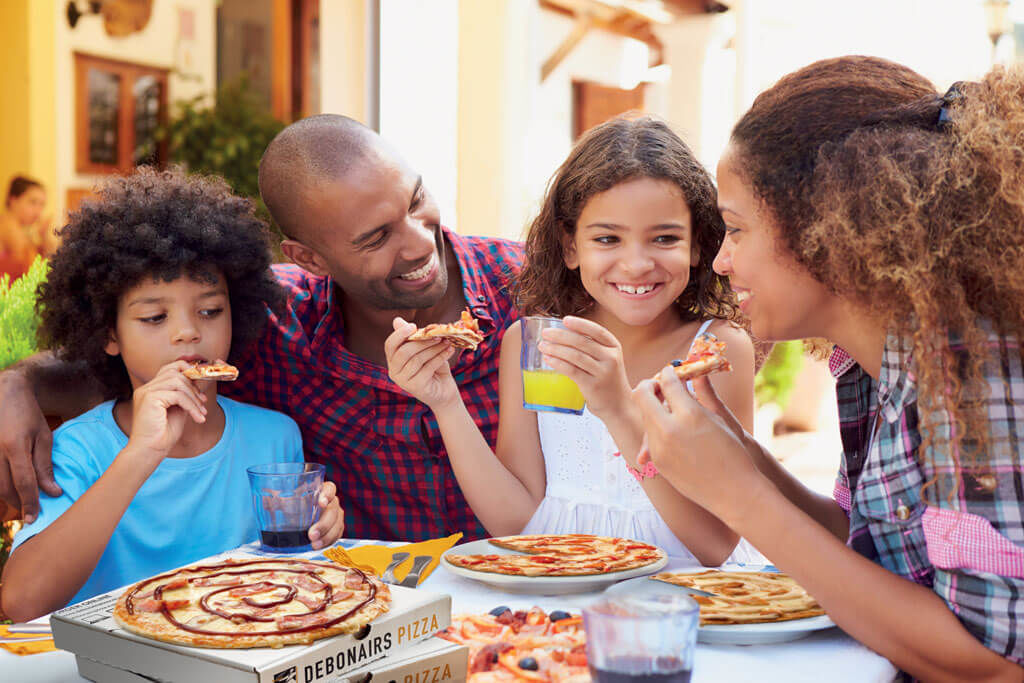 Chief Executive Officer, Darren Hele says, “At the financial year-end we noted that the Group would remain strongly focused on growth, despite the prevailing challenging macro-economic conditions and socio-political uncertainty in our trading markets. While local conditions equalled some of the toughest in management’s recollection, we have made good progress in advancing the Group’s growth ambitions.”

He elaborates, “The integration of all recent acquisitions in South Africa was concluded, adding scale; improved efficiencies were achieved in the operations and management remained resolute in its commitment to cost containment and focus on core competencies; the depth of management and capability in the business was enhanced with key appointments; across the network 77 restaurants were opened; and, while financial constraints inhibited consumer spend, our market-leading portfolio of brands remained top of mind, with consumer loyalty demonstrated by the proliferation of industry awards won by both the Leading and Signature brands.”

“In the UK market, the adverse economic and socio-political environment continued to impact negatively on the operation’s results. While the Wimpy business delivered a satisfactory performance in Sterling terms, the GBK business underperformed our expectations. However, despite the short-term headwinds faced in the UK, the Board is satisfied that the integration of GBK is on track and is optimistic about the medium-term potential of the business,” he comments.

Competition across the Group’s trading regions intensified further over the period with the entry of new local and international operators.

FINANCIAL RESULTS: Group revenue grew by 39% to R3.4 billion (2016: R2.5 billion), while operating profit before non-operational items remained in line with the prior comparable period at R406 million (2016: R404 million). The operating margin before non-operational items decreased to 11.9% (2016: 16.5%) due to a higher percentage of company-owned restaurants in the UK.

Hele notes, “While the Group’s gearing is high relative to previous years, debt management is a key priority, and is proceeding according to agreed financing commitments. Subsequent to the review period, and in line with the repayment schedule, the Group met its first debt reduction obligation.”

DIVIDEND AND ALLOCATION OF CAPITAL: Following the acquisition of a number of businesses in the 2017 financial year, undertaken to meet robust growth targets, the Group’s gearing is substantially higher than in prior years. Accordingly, the Board and management are reviewing the options available to ensure that the allocation of capital reserves optimises the return on investment for shareholders in the future. Such options include accelerated debt reduction, dividend payments and acquisitions. As stated in the year-end announcement on 29 May 2017, payment of dividends will resume in the 2018 financial year, subject to future acquisitions and operational requirements. Accordingly, no interim dividend will be paid.

OPERATIONAL REVIEWS
BRANDS
The Group’s Brands portfolio comprises its Leading and Signature brands which are strategically positioned to appeal to a wide range of consumers across the income and demographic spectrum and across meal preferences and value propositions. The brand network trades through 2 797 restaurants (2016: 2 626 restaurants). The Group opened 77 restaurants and revamped 107, in line with the prior comparable period.

Hele says, “In response to evolving consumer trends, we have substantially enhanced our social/digital media strategy and online ordering platform and extended the delivery offering through our own channels and third-party suppliers. Menu innovation and strategic pricing of value layers and promotions remained a key priority. In addition, the in-store experience was improved with interventions such as new store designs, enhanced staff training, in-store activations and customer-centric initiatives such as bottomless Wi-Fi (Mugg & Bean).”

“Debonairs Pizza recorded strong results for the period and continued to gain market share among upper and middle income consumers, demonstrating its resilience in an intensely competitive sector,” Hele comments.

AME: The Group continued to pursue its narrow-and-deep strategy in the AME region. With representation in 16 countries, the strategic focus is on investing in and growing the existing brand portfolio in strong markets, while
exiting those that underperform.

UNITED KINGDOM: In the review period, like-on-like sales across the industry remained flat, failing to offset increased input costs. Over the past three months, food cost inflation accelerated from 2% to 8%, exceeding projections, and, combined with higher labour and business rates, continued to pressure margins.

He adds, “While GBK continues to lead the premium burger category and grew system-wide sales by 11.1%, like-on-like sales decreased by 3.2% (in Sterling terms) for the 26 weeks to 27 August 2017, reflecting the difficult trading conditions. The business recorded a PBIT loss of GBP872 000 for the period, and margins declined as a function of higher input costs, significant store pre-opening costs and intensified price competition.”
“While this disappointing result is primarily attributable to the prevailing economic and socio-political environment in the UK, a range of interventions are currently being implemented in the business which are anticipated to have a positive impact on future performance. These include intensified focus on the management of new restaurants opened, improved operational efficiencies and enhanced cost controls,” notes Hele.

SUPPLY CHAIN: The Group’s integrated strategic Supply Chain division comprises its Logistics and Manufacturing operations, which are managed and measured independently. Combined revenue for the period increased by 12% to R2.1 billion (2016: R1.9 billion), while operating profit grew 3% to R221 million (2016: R215 million). The growth reported for the six months is primarily attributable to improved efficiencies and the integration of new business. The operating margin declined to 10.5% (2016: 11.4%).

Brands: A further 130 restaurants are scheduled for opening by the end of the current financial year and 160 revamps are planned.

“We anticipate that our Leading brands will deliver stronger results in the second half of the year, benefiting from the holiday season, although the Casual Dining brands are expected to lag the general improvement,” Hele comments.

Furthermore, the Board is of the opinion that GBK’s return to profitability will be achieved in the next financial year, however, the range of corrective measures implemented should expedite improved performance. The Board remains optimistic that the operation will add value to the Group in the medium term.

Logistics: Following a two year wage agreement reached with Bargaining Unit members, once-off costs associated with industrial action undertaken during the period will not recur in the forthcoming period. Additionally, the once-off investment made in increasing capacity in this division during the review period will also contribute to improved results in the future. Continued efforts will be made to contain costs and improve efficiencies to realise management’s expectations of the business.

Manufacturing: Pleasing performances were reported across the majority of the Group’s manufacturing and processing plants; these results will continue to improve as and when trading conditions improve and the front-end restaurant operation gains further momentum. Continued investment will be incurred to leverage additional efficiencies.

PROSPECTS: The operating environment in both the local and UK markets is expected to remain testing, with prevailing conditions anticipated to persist for at least the next six months domestically and possibly longer in the UK.

Hele says, “While the Group’s peak trading holiday season lies ahead, we do not foresee a significant improvement in consumer sentiment during this period. Accordingly, management’s challenge will be to leverage the market leading position of our brands and prioritise strategies which will enable the business to capitalise on all opportunities to capture disposable income.”

“We remain receptive to prospective local acquisitions which align with the Group’s core competencies and which will further our goal to be the leading innovative branded franchised and food services business in South Africa and selected international markets by 2020,” Hele notes.

He concludes, “The immediate challenges being experienced in the UK do not overshadow the potential which GBK holds, nor the solid and exciting business we have here in the local market. Having operated in this industry for almost fifty years and faced difficult trading environments before, it is obvious that we are a long term player; our management has multi-decade experience and expertise, so we will not be deterred by short-term headwinds. Our challenge is to adapt to changing trading conditions, which is what we are good at and what we are doing.”