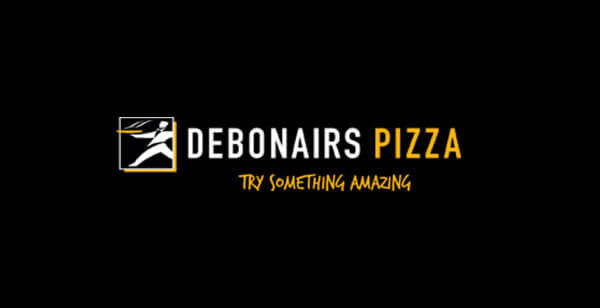 Teaming up with Shoprite in an Innovative Franchise Arrangement

Johannesburg; Thursday, 4 December 2014: Debonairs Pizza, which is the leading take out and home delivery pizza chain in Africa, will open its first restaurant in Angola in an innovative tie-up with Shoprite Angola, which will become the master franchisee.

Shoprite Angola will operate and manage the Debonairs Pizza brand in the country to complement Shoprite’s existing Hungry Lion brand. The first Debonairs Pizza site will open in January 2015 in the city of Benguela, which is located about 540km from Angola’s capital, Luanda. This opening will soon be followed by six further Debonairs Pizza restaurants across Angola.

Famous Brands’ Chief Executive Officer – Food Services, Darren Hele, commented: “This initiative comes on the back of a successful pilot concept introduced last year when Shoprite opened a Debonairs Pizza counter inside a Shoprite supermarket in Eldorado Park, Gauteng. We plan to strengthen our alliance with Shoprite and discussions are underway to explore additional opportunities and synergies that we believe exist in selected markets”.

Debonairs Pizza, which recorded an increase in customer count of nearly 19% in 2013 over the previous year, comprises a network of more than 500 restaurants that have been opened since 1991. Following the Angola store opening, Debonairs Pizza will be represented in 14 countries across Africa and the Middle East.

Hungry Lion Chief Executive Officer, Adrian Basson, said: “Shoprite has been operating in Angola for eleven years and we are constantly gaining a better understanding of this large market, where we already have 20 supermarkets and seven Hungry Lion outlets in operation. We realised some time back that partnering with a quality pizza brand to work alongside our established chicken brand was a win-win solution. The synergies that exist between the Debonairs Pizza and Hungry Lion brands are very exciting and the team will investigate opportunities to roll this concept out to other African markets over the short- to medium-term.”

Hele concludes, “Since first introducing Debonairs Pizza to the African continent 17 years ago, we have succeeded in growing the brand’s footprint appreciably through our policy of working with franchise partners who understand the local market well, which enables us to very quickly ensure that we deliver exactly what the customer demands in each specific region.”

Appointment of Norman Adami to the Board