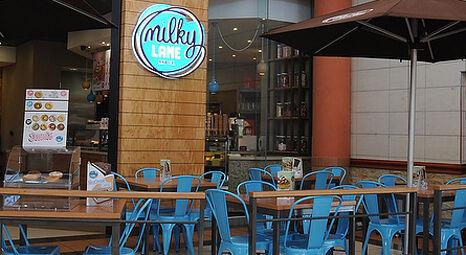 In line with Famous Brands’ stated growth strategy to expand its presence into Africa, the Group has awarded the Namibian Master License agreement for the newly re-launched Milky Lane brand to Namibian national, De Wet Oosthuizen.

The purchase consideration is R7.3 million, which will be settled from cash reserves. The effective date of the transaction is 1 July 2012. In March 2011, Famous Brands acquired the franchise agreements, trademarks and intellectual property of Milky Lane. A new strategic direction for the brand has subsequently been implemented, including a new corporate identity and store design.
Darren Hele, Famous Brands Chief Operating Officer: Franchising, says, “We are confident that Milky Lane stands to regain its former lustre in a sector that is showing good growth. Accordingly, we have awarded the Namibian Master license for this brand to De Wet Oosthuizen, a business partner who has a long-standing relationship with the Group and has achieved strong success in the Namibian market.

Oosthuizen commenced his relationship with Famous Brands in 1997 when he acquired a single Steers franchise in Windhoek in Namibia. In 2003 he was awarded the Namibian Master license for the Steers- and Debonairs Pizza brands and in 2006 the license for FishAways.

Hele comments, “De Wet’s knowledge and insight into the local market is an important contributor to the decision to award him the Master License for Milky Lane in Namibia.

There is currently one Milky Lane in Windhoek and a further restaurant will be opened in Swakopmund in August. It is anticipated that the brand has the potential to support at least 10 restaurants in the region.

Oosthuizen says, “It is fantastic to be part of and have the support of the leading franchise Group in Africa. This opportunity will not only create jobs but also help to keep Namibia in step with global trends. He adds, “Namibia’s hot summer climate and short winter lends itself to a vibrant ice cream culture.”

Hele says, “We also have plans in place to expand the base of Steers, Debonairs Pizza and FishAways in Namibia by a further 13 stores and we expect the roll out to commence as early as August 2012.
Famous Brands’ total network comprises 25 restaurants; in addition to Oosthuizen’s portfolio, the Group also has 13 Wimpy and two Mugg & Bean restaurants trading in Namibia.

Famous Brands Master License agreements afford the licensee the right to serve as the Group’s agent in a territory, whereby they manage the business on behalf of the Group in exchange for a royalty payment for use of the Group’s intellectual property and business systems.